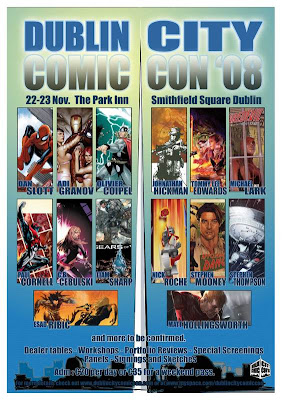 hey dec do you know if you can buy tickets at the door?

Liam Sharp is a legend man - esteemed company you're keeping!

Yeah, actually he drew the first american comic i ever bought!

I think you can get tickets at the door.

Last one to get a DD sketch from Michael Lark is a rotten egg..

See you there Dec.
I can`t wait to see which one of your personal possessions I`ll ruin this time!
:)