Here's a sneak peek of 28 Days Later #7. Pretty much the only panel i could use that didn't suggest anything about the story!

Hope all had a Merry Christmas. With the end of the year fast approaching i thought i might take stock of my productivity for this year. At best count, in 2009 i pencilled and inked 213 sequential comic pages, 4 covers and produced over 40 original sketches for the Eclectic Micks blog. That's not too bad, but it's really bothering me that in the first half of the year i wasn't nearly as productive as i was in the latter part. I would like to think that i spent the early months of the year raising my skill-set and was then able to be more productive while working on that higher level. Whether that's true or not, who knows, but it'd be nice if it were. In any case; must be more productive in 2010. Should be a good year; Sweeney Todd should be out, the first hardback of 28 Days Later should be too, hell, maybe there'll even be another Micks collection. The most important thing is.... 2010 is a cool set of numbers and makes it sound like we're living in the future. Which i guess we are. I have an iPhone to prove it. 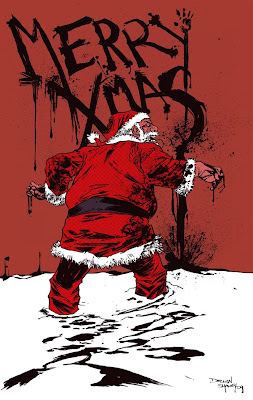 Yes, he may be infected with the Rage virus, but good old Santa wishes still wishes you all a Merry X-mas..... 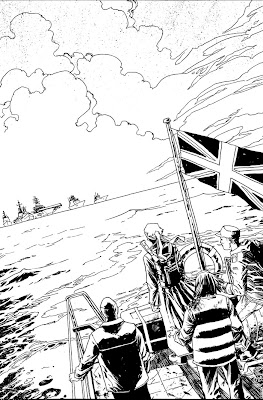 My monthly '28 Words Later' interviews with David O' Leary from Comic Related continue, this month talking about 28 Days Later #4 . Check it out here.

Dec.
Posted by Declan Shalvey at 12:36 AM No comments: 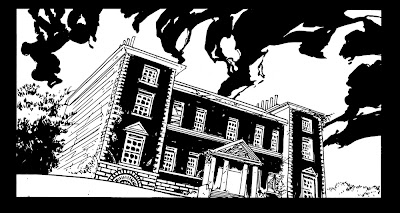 Another panel from Sweeney Todd, which i'm slowly chipping away at. 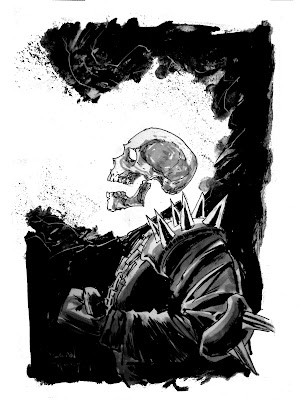 The last of the Birmingham sketches from a couple of months back. Even I have to admit i did some good ones that weekend. Some bad ones too, mind. Really like how this one came out. Wish i'd kept it.