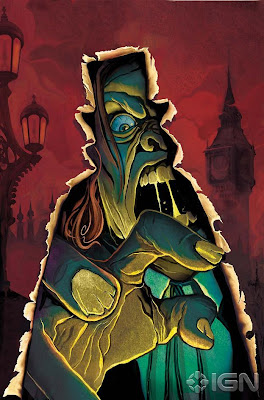 Solicitations for November were released this weeks, showing that I'm drawing Thunderbolts #166. It's actually a 2 part story, taking up #167 too. Here's the info...

Issue #166 - ARE THE THUNDERBOLTS RESPONSIBLE FOR THE GRISLIEST MURDERS
IN HISTORY? Great Britain, 1888: London is gripped in fear, afraid to go
out at night as Jack the Ripper's body count goes higher. But one
witness claims she saw an enormous man by a murder scene a man named
HYDE! The Bolts' chase through time continues as Declan Shalvey returns!

Been a great/busy week; that X-Force piece that was being auctioned for charity ended up raising a lot of money and I did a variant cover for the new Planet of the Apes series (by Gabriel Hardman (Hulk) that's being coloured by Jordie).

Also, I've agreed to do draw some issues for one of my favourite books. Can't wait til I can say what it is. Really excited about it. 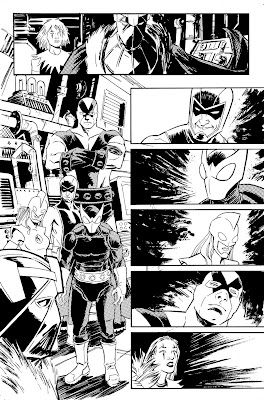 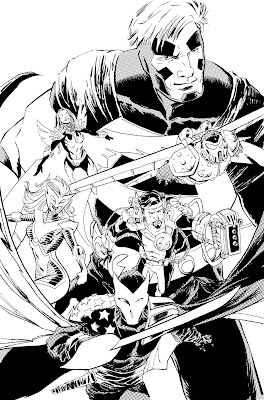 Up on the Marvel website, there's an interview with Jeff Parker about the new direction T-Bolts is taking post-Fear Itself. Check it out here! It included the above preview pages from the Point One issue. As you can see, I got to draw the Masters Of Evil and the original T-Bolts! Got to draw a lot more cool things too. Can't wait for it to come out.

SIGNING AT ASYLUM BOOKS AND GAMES THIS SATURDAY 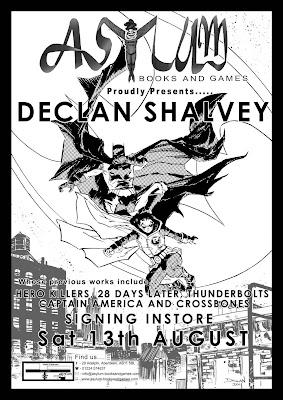 Hey there; I'll be doing a signing in ASYLUM BOOKS and GAMES this Saturday. It'll be great to go back to the store; I had a studio space below it for a year and a bit; while drawing Freak Show, and Frankenstein. Good times.

Anyway, hope folk can make it along. I'll be sketching and signing all day.

Posted by Declan Shalvey at 10:40 PM No comments: 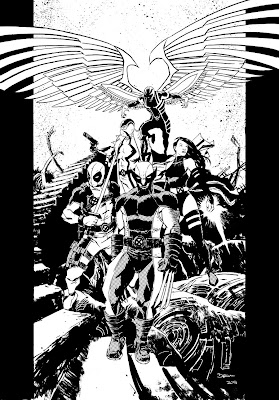 Gah! Thought I had already blogged about this. There is ONE (and a bit) day left to bid for the above UNCANNY X-FORCE piece. Please do so; 100% of the proceeds goes to benefit a widowed mother in need.

GO BID FOR IT HERE 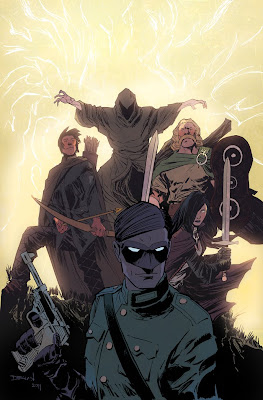 Jordie did a fantastic job colouring the League cover . I think it looks great.