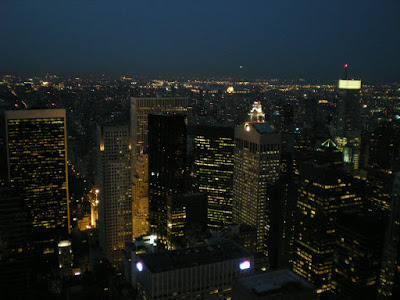 
Just back from NYCC and my New York holiday. Means i've lotsa work to do for the next few days, so i'll do a big blog post once i get though this big chunk of work i have in front o' me. 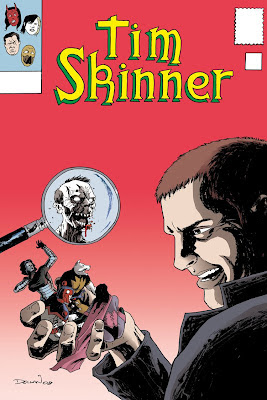 Here's the colours for the Tim Skinner promo image. Pretty happy with it actually.

I'm off to New York in the morning, so don't expect any posts from me in the next week or so.

Feel free to bicker amongst yourselves. 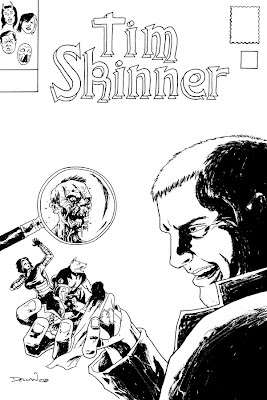 Just did some artwork for Tim Skinner, my next project with Hero Killers writer Andy Winter. He was looking for an image to be used to advertise the book at the upcoming Bristol Comic Expo. Since the book is a send up of loads of different comics, the flyer is in the very same vein. Does it look familiar? Remember this....? 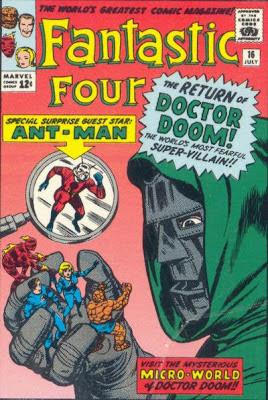 Hope ye like. Incidentally, the interview today on Newstalk Radio went pretty smoothly even though there was no Bob Byrne to be seen or heard. The highpoint being the abusive text messages i was getting while on air. Thanks to Lorcan for getting them in touch with me.

Myself and the always 'gentlemanly' Bob Byrne will be on Ireland's Newstalk Radio this Monday (the 14th) at 11am. We've been asked to contribute on the subject of 'Superheroes in Movies'. Not sure who else is on it. I've been asked since i drew a superhero book (Hero Killers) and Bob's on because well, he's a attention-grabbing whore who'll do anything for a quick buck.

Have a listen. I'm sure it'll at least be a laugh. If you're not in Ireland, you can listen to it on the Net here. 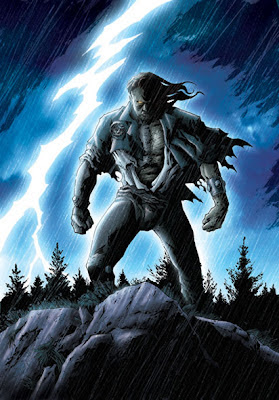 Recently found that some coloured sample pages from Frankenstein are up on the Classical Comics website so i thought i'd show 'em here. These are two of my favourites so far.

Linework by me, colours by Jason Cardy and Kat Nicholson. 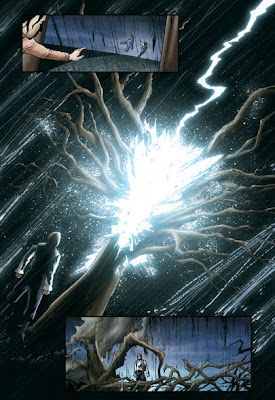 It's a really strange experience; seeing someone else colour my work for the first time, especially as i've been doing nothing but black and white books up till now. Also, i'm on my last set of Frankenstein pages, so ive gotten really used to the black and white pages. But i must say, i'm really happy with how these are coming out. Jason and Kat are doing a really great job. The finished product is gonna be a really lush looking book. I've seen a lot more pages, and they look great. If you'd like to see more, head on over to the Classical Comics site.

Thanks to Rich for the heads up. 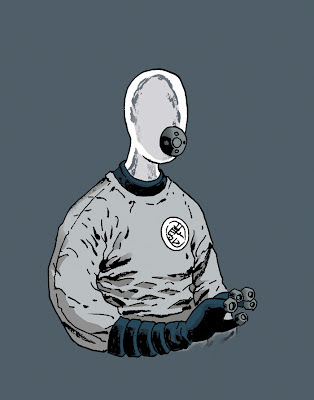 Well, since the last BPRD sketch went down so well, here's another one; this time Johann Kraus. I could just post the sketches in black and white, but i kinda like adding a bit of colour to them; i reckon the blog could do with a bit of colour here and there.

Thanks again for all the well wishes with the Eagle nomination by the way, it's greatly appreciated.

Or should that be 'On the Wings of a Dove'?

Anyhoo, found out last night that i've been nominated all proper for Favourite Newcomer Artist at this years Eagle Awards. Safe to say, i woke up this mornin' and thought i'd imagined it! Anyone who frequents this blog is probably aware my first comic Hero Killers won the Eagle Award last year. Although i didn't expect it to win, i did realise it was possible; being a team effort between Andy Winter and myself. God knows i got onto everyone i knew and i even asked old school/college friends to vote for me. This year, i heard someone had nominated me i was very flattered, but there was no way i thought that me, specifically, would make it through to the final nomination process, so i didn't bother to track down everyone i knew to vote me into the nominations list. Hence why today i'm so surprised it did in-fact happen!

In all honestly, the other guys in the same category are by far, way more talented artists than i am (i'm a big fan of Cliff Chiang's and David Aja's work especially). So although i'm not going to tell you not to vote for me, i can tell you that if you do vote for me, you are wrong!

However, you would be very wise to vote for the following folk:

BOB BYRNE: As pleased as i was to see my name on the list, i way overjoyed to see my homoerotic life-partner Bob Byrne was up for Favourite Writer/Artist. Bob has been doing great work for years with Mbleh and The Shiznit and recently has been doing knockout work in 2000AD with his Twisted Tales and his own fantastic graphic novel Mr. Amperduke. I couldn't be happier for Bob, and by god, he's up against some stiff competition (no gay jokes for once!)

SI SPURRIER: This talented gentleman has been nominated many times but never won. Give him the Favourite Newcomer Writer award and then we can give someone else a chance next year.

GARY ERKSINE: Gary's been nominated for Favourite Comics Artist Inks. If you've seen his work, you know how immaculately rendered Gary's inks are, and definitely deserves the award.

MATT HOLLINGSWORTH: My main man Matt has been nominated for Favourite Colourist. It's absolutely well deserved; the guy's a genius with colour, has worked on some of my all-time favourite books and is a swell guy to boot)

SANCHO: This Irish comic is up for Favourite European Comic for a second year in a row (congrats guys!)

CHRIS RYALL: As i said in a previous post, this guy has hired half of Ireland so deserves Favourite Editor just for that! Also, IDW are getting some great books out of late, and it's all due to the good work of this fella. 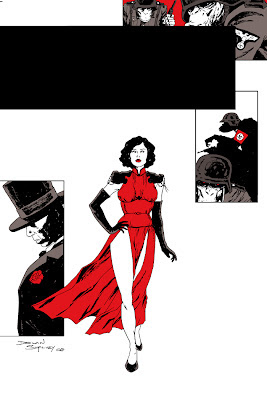 Freak Show? What? Am I still drawing it you ask? Well yes gentle reader, I am still drawing Freak Show. Things slowed down a bit when I started on Frankenstein, then moreso when writer/creator Rob Curley started work on his new book Atomic Rocket Group 66, drawn by Will Sliney. I'm currently wrapping up the last few pages of the latest Freak Show, and this time I get to do a cover, which is nice. 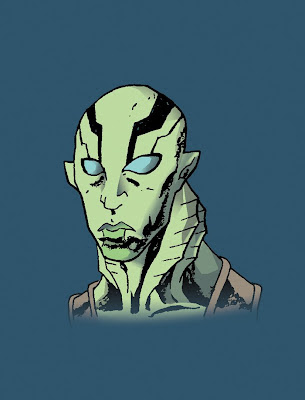 Been reading a lot of BPRD recently. I love how Guy Davis' take on Abe Sapien is so different to Mignola's. Made me want to try do my own take of him. Hence, the above.