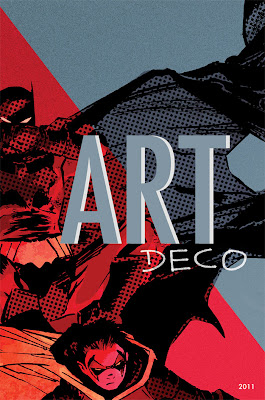 Hello all. I've finally made a solo sketchbook. It's called ART DECO. It's 80 pages of material, made up of Eclectic Micks sketches, Comic Twart sketches, layouts, etc. There's actually a good chunk of previously unseen work in there too. I'll be launching it at the Boston Comic Con this weekend. Check out their guest list; it's pretty sweet!

If anyone is interested in pre-orders for sketches at the show; just e-mail me (address is in sidebar on right) and i'll add you to the list. It's $50 dollars for a fully inked A4 sized piece. Thanks.

I went to the Albany Comic Con show yesterday and had a great day. Drew a few sketches for those who wanted them, most of which are below.... 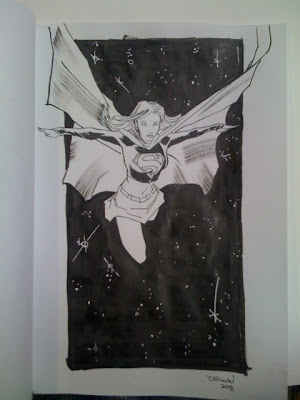 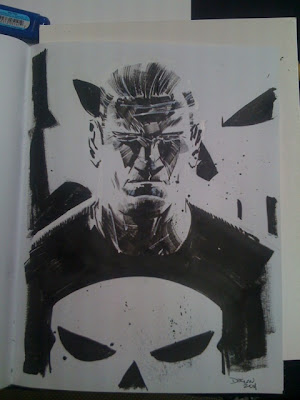 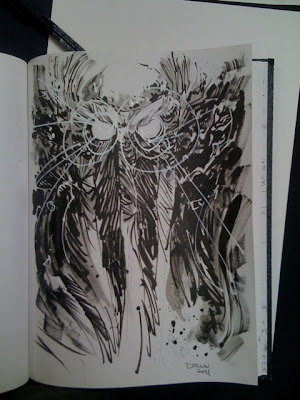 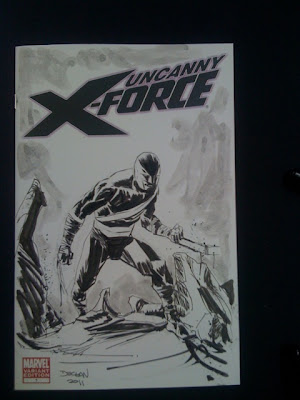 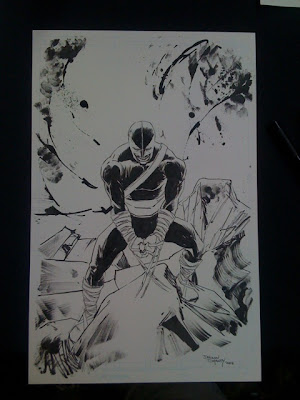 Jeff Parker was interviewed on CBR yesterday, talking about THUNDERBOLTS and the upcoming Fear Itself crossover. You can read it here. Also in the interview were preview pages I drew from THUNDERBOLTS #159, so I thought i'd show them off here... 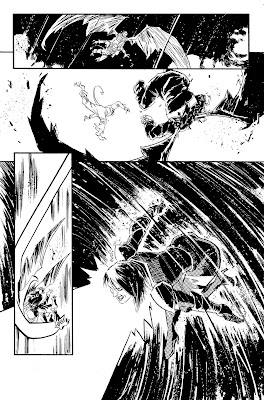 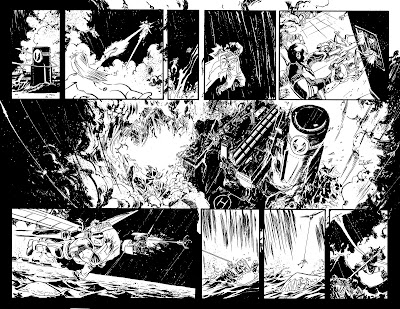 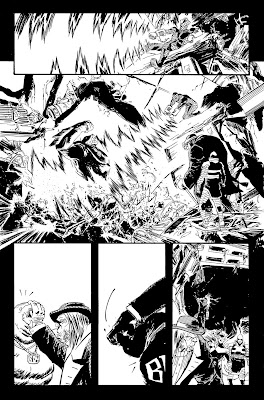 You might make out some of the T-Bolts Beta team are in the last page, but I ain't sayin' nuthin'!

Marvel solicitations were released today and I see I have two books out that month.The main thing is THUNDERBOLTS #160, which is part of the Fear Itself crossover. 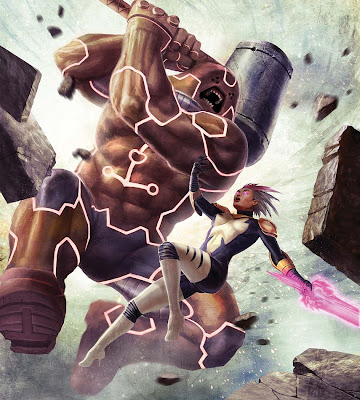 THUNDERBOLTS #160
Written by JEFF PARKER
Penciled by DECLAN SHALVEY
Cover by Jean-Sébastien Rossbach
FEAR ITSELF TIE-IN
The Raft prison has been destroyed. Hundreds of the most powerful criminals in the world are on the loose. But their threat is nothing compared to that of the one man who was already unstoppable and now wields godlike power. XXXXX XXXXXX is tearing a path across the United States, obliterating everything before him-- and now the Thunderbolts are going to stand in his way. Can XXXXX XXXXXX's team stop him? Can anything...?!
32 PGS./Rated T+ ...$2.99

With all those X's things are either super-secret or super-erotic.

Also out in July is a short story I did that's being published in FEAR ITSELF: THE HOME FRONT #1. 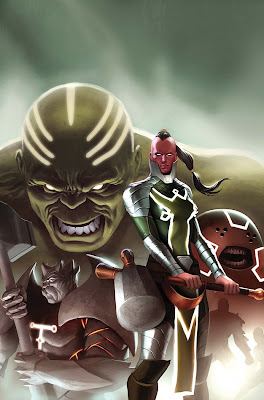 FEAR ITSELF: THE WORTHY #1
Written by greg pak, Christos gage, jen van meter, Roberto aguirre-sacasa, tom defalco, jeff parker, frank tieri & tom peyer
Penciled by LEE WEEKS, ELIA BONETTI, CLAYTON HENRY, JAVIER PULIDO, MARIO ALBERTI, DECLAN SHALVEY, ERIC CANETE & SERGIO CARIELLO
Cover by JELENA KEVIC-DJURDJEVIC
FEAR ITSELF TIE-IN
THE SECRETS OF FEAR ITSELF’S HAMMER-WIELDERS REVEALED! As the Marvel Universe is torn apart by the powers of the gods and our own darkest fears, you can get up to speed on the origins of the Hammer Wielders who are shattering the Marvel Universe’s very core! Some of Marvel’s finest writers and artists team up to bring you the living history of THE WORTHY!
48 PGS./Rated T+ ...$3.99

Also, the second Thunderbolts collection that I have work in... 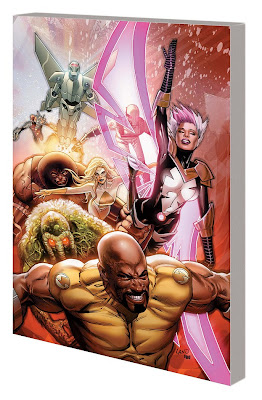 THUNDERBOLTS: VIOLENT REJECTION TPB
Written by JEFF PARKER
Penciled by KEV WALKER & DECLAN SHALVEY
Cover by GREG LAND At the request of Steve Rogers, Luke Cage must lead his hardened team into battle to deal with a doomsday scenario unleashed in the pages of HULK! With the squad a man short, Cage recruits another prisoner to duty — and his pick will shock you! Will the Thunderbolts accept this new member, or will this heavy-duty wildcard tip the balance of power? Plus: An old friend breaks the Man-Thing out of the Raft to return to duty at the borders of our world. What danger awaits the Man-Thing, and what will the Thunderbolts say to losing their favorite plant? Then, the Raft is full of action as candidates vie for selection for the second squad of Thunderbolts! Out of the Marvel Universe’s vast pool of powerhouse criminals, who will
make the cut? Many are called, but few are chosen! Collecting THUNDERBOLTS #152-157.
144 PGS./Rated T+ ...$15.99
ISBN: 978-0-7851-5221-7

So, make sure you order all those books from your local comic shop! 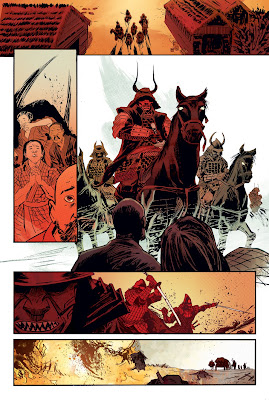 I recently finished a 3 page short story as part of an anthology comic to raise money for Japan relief efforts. This is the second page of the story, with great colours by Jordie. I don't know when it will be published, but it's a project organised by Comic Book Alliance. It was written by Rob Williams and lettered by Brandon DeStefano. When I hear more details, i'll let ye know.