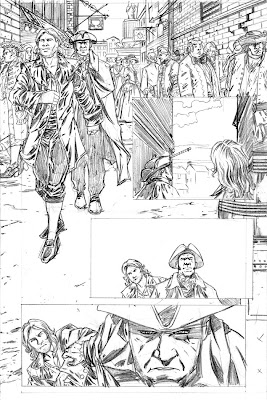 The Dublin Comics Jam blog has an update of its pub-drawing antics. I pitched in myself this month. Here's a jam piece by myself, the uber-talented Chris Judge, Barry Hughes, Phil Barrett ....and i'm not sure who did the small figure.

Check the blog to see this months and previous months craziness. 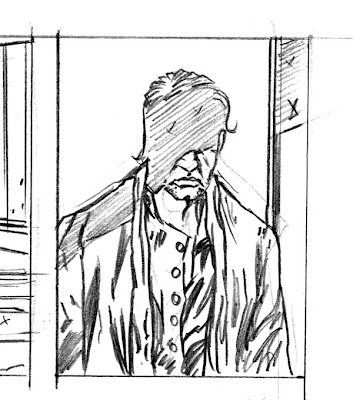 This is a panel lost to the ages. I originally added it into a Sweeney Todd page of my own accord, just to add another beat to the storytelling, but it ended up cluttering up the page a bit, so it had to go. Shame; i liked the drawing and was looking forward to inking it. Ah well, what can one do....? 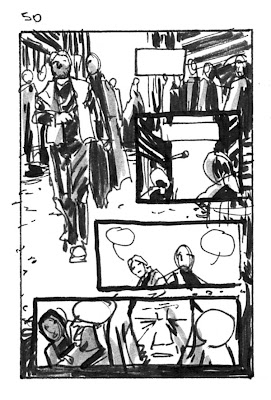 Quite busy with Sweeney Todd at the moment, but here's a layout for one of the pages i'm working on. It was a pretty straight page script-wise, but i really wanted to come up with a more interesting layout design. I've also gone back to doing smaller layouts, with an added greytone to make it clearer. I was doing bigger, more laboured layouts in pencil, but by the time i worked on the actual page, it felt like i was pencilling it twice. I'd get tired of all the pencilling and the pages srarted to feel more dull as a result. Much happier with this approach. I'll post the pencils in a couple of days. 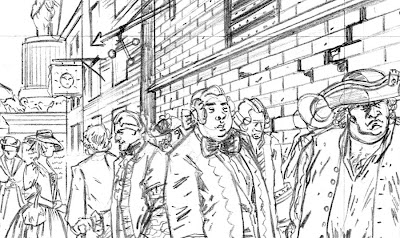 Part of a new Sweeney Todd panel. I'm really trying to make sure all the characters in the book look different to each other. It's really easy to revert to generic faces when you're drawing out of your head all the time, so with this shot of a London street, i really tried to make all the various background figures distinct and interesting.

Hey all, i'm back from a great time in NY. Really did have a blast and feel really artistically charged from seeing so much great work from so many talented artists. Unfortunately, I'm also slightly depressed at how good all that work was and am trying to get over jet-lag, and also have ton of work to get done in the next couple of weeks. Not sure if i'll be able to post much as a result, so in the meantime, feel free to check out my newly-updated RiseCreatives webpage (with images like the above coloured page from Tim Skinner). I've also started a DeviantArt site ...cuz i'm a whore. 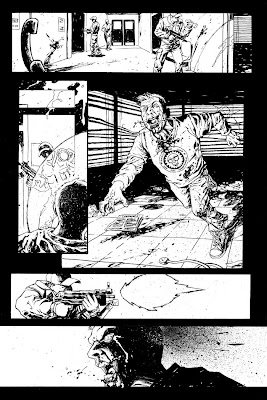 Greetings all. Off to New York in the morning so i thought i'd post something decent to keep ye going for the week or so i'm gone. It's a test page for something that never went ahead, but i was pretty happy with thew actual page; got a chance to go all messy with it.