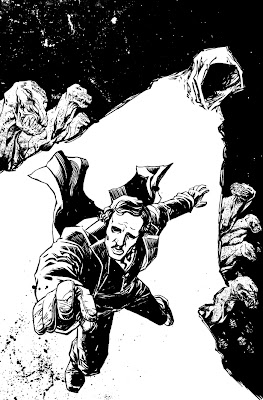 Greetings. I posted art for a cover i did for issue 1 of BOOM! Studio's POE series a while back. Well, i also did the art for one of the covers of the second issue. Here's the final line art. I'll post a cover-process thingy once i get a chance.

Hey all. I've already posted the Tim Bradstreet and Sean Phillips covers for issue 1 of 28 Days Later, but i saw this recently; the third alternate cover by Brett Weldele 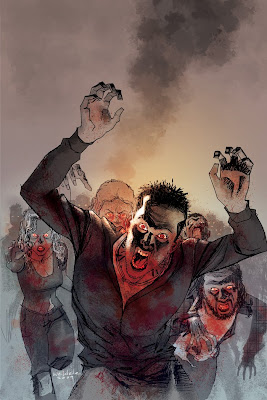 He drew a graphic novel called The Surrogates that's being made into a movie. I dug around a bit and found the has posted more 28 Days Later covers too. Check them out here.

(That was an easy post; didn't have to draw anything for it for once)

'FOR THE LOVE' OF EXHIBITION 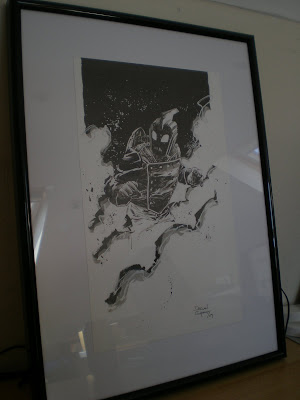 Just framed the Rocketeer piece i did for the Eclectic Micks blog today. It's been accepted for an exhibition next month. Considired yourself invited. Yes, i mean you. And that guy beside you. Not the other guy though. He's weird. More about the exhibition here. 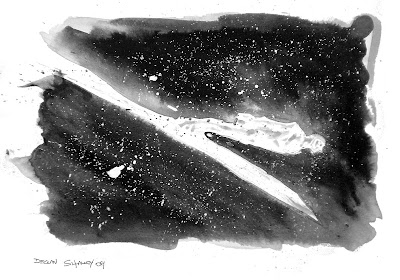 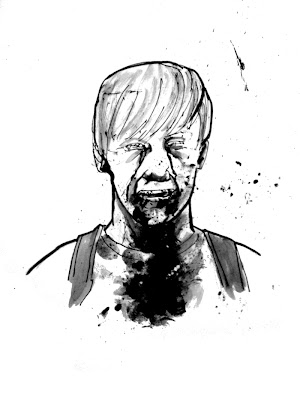 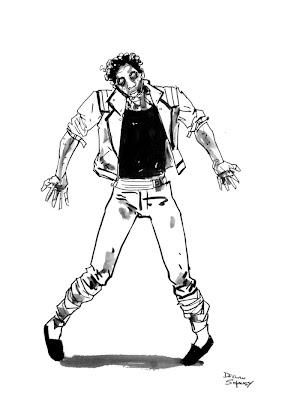 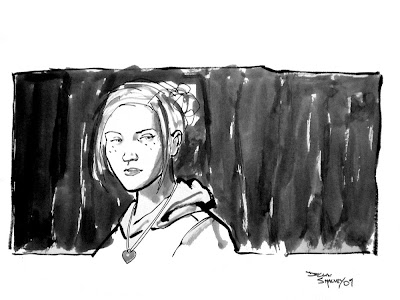 Here's some more sketches from the 2D Festival; all of them of Batman. Batman is a good default character for me to sketch; everyone knows him and i always enjoy trying to come up with a graphic-looking sketch. Plus, you can be a little more experimental when you're using a character that is easily identifiable like Batman. 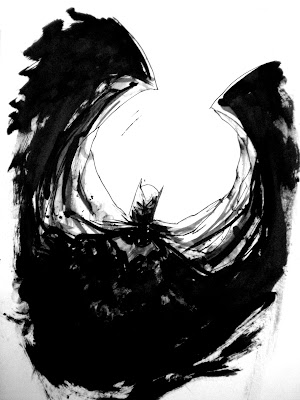 This one is a standard, symmetrical-looking cape. Tried adding a lot of texture with the ink/inkwash. 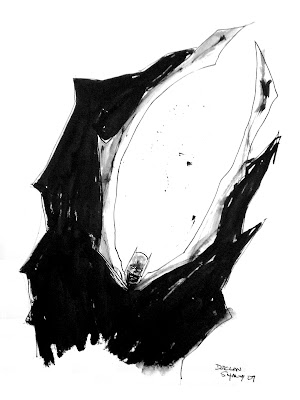 This one is pretty similar to the previous one (i try not to repeat a sketch) but i started by drawing a random shape on the page and then work the composition of the cape around that shape. Fun to try. 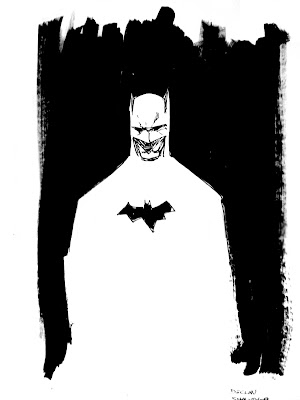 Really like this one. The person looking for the sketch actually asked me to do a silhouetted image of Batman (which he'd seen me do for someone else earlier), which i roughed out on the page. I was gonna black out most of the page and leave his outline, just so it would be a little different but once i'd blacked out the background, i really liked the negative space left on the page. Added some rough ink lines, blacked-out the Bat signal and it was done. Really wish i had a good scan of this one. Ah well; a fuzzy photo will have to do.

As promised, here's some sketches from the 2D Festival in Derry. They're photos, not scans, so the quality is a bit weak, but you get the gist of them. The Batman one was the very first sketch i did, so that's why it's probably a little more ...well ....boring. I was starting to find my 'groove' by the time i drew Gambit. 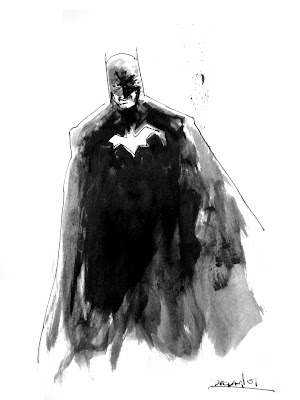 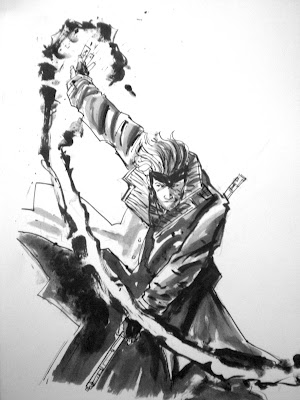 I'll post more sketches in a couple of days.

Just heard Frankenstein received an award on Friday; given by the Association of Educational Publishers in America, for Distinguished Achievement in grades 9-12. I've been told very notable educational publisher enters these awards, so for Classical Comics to win with their first attempt is a great accomplishment.

Congratulations to Clive Bryant, Jason Cobely, Jon Haward, Jason Cardy, Kat Nicholson and everyone else involved. This is great news.

A full list of the winners can be seen here. 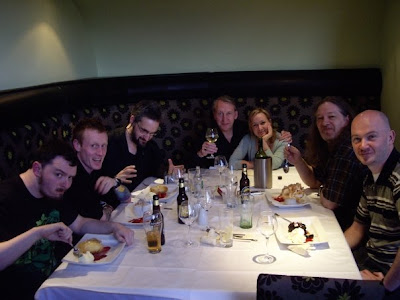 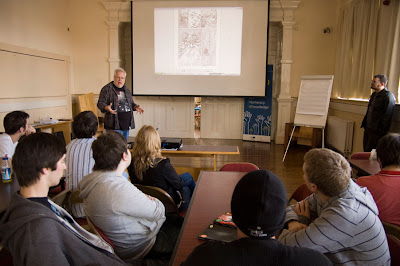 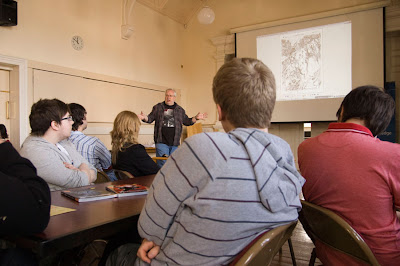 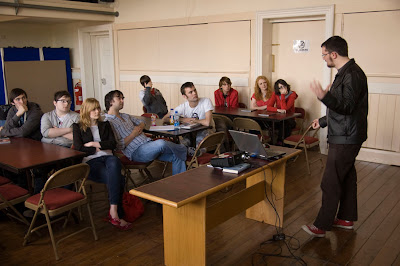 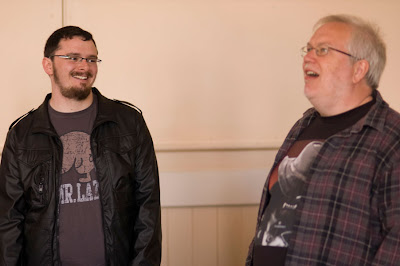 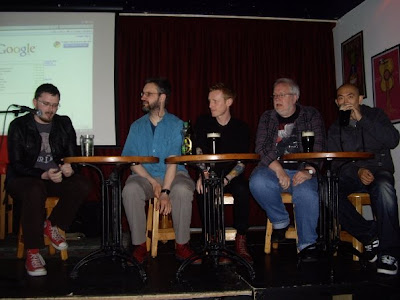 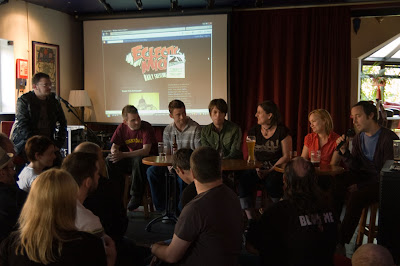 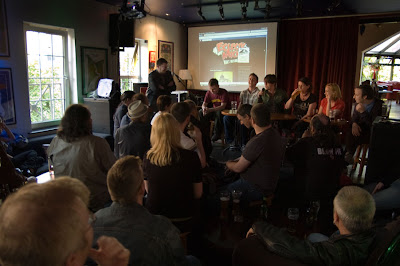 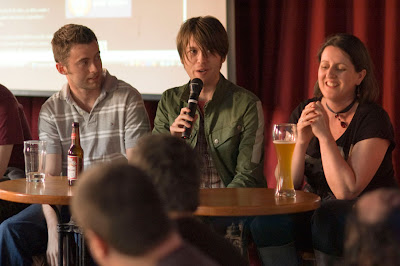 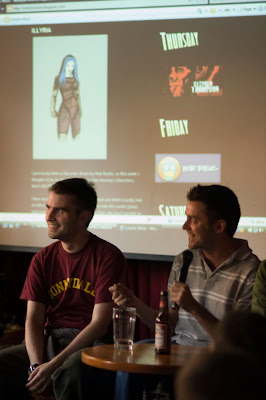 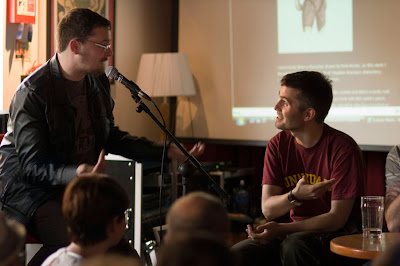 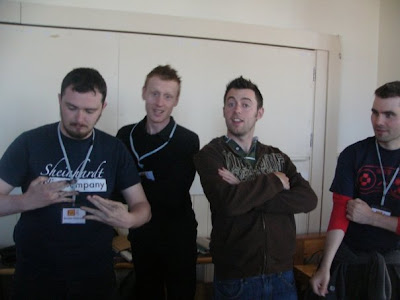 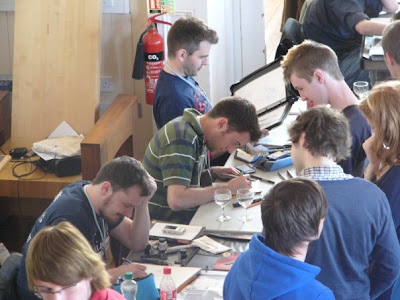 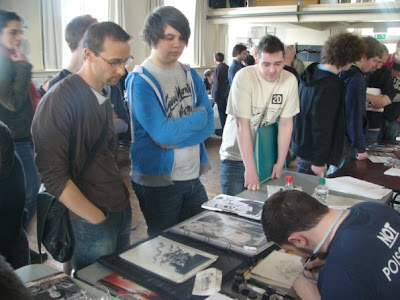 EDIT: How could i forget! A HUGE thanks to organiser David Campbell and all his crew who really took care of all of us who attended the festival. Thanks guys!
Dec.
Posted by Declan Shalvey at 4:56 PM 8 comments: 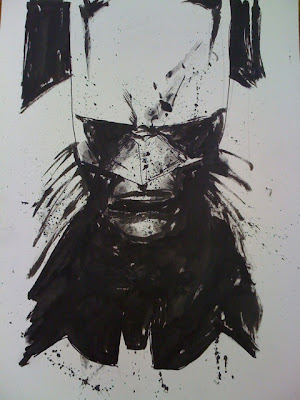 Hi All. Sorry i haven't posted in a while; i was in Derry the bones of a week and had to wrap up issue 1 of 28 Days Later once i got back. Can't be missin' those deadlines you know. Plus, i'm trying to do a write-up on the Derry weekend but need to gather more photos, so in the meantime, here's a Batman sketch i did in Derry that someone was kind enough to send a photo of to me.

I'm off for the weekend, but normal services should resume on Monday. 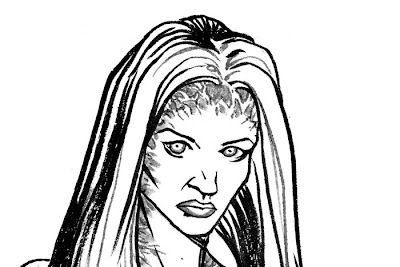 This weekend is the 2D Festival, but i've no images regarding it, so here's a detail from this weeks's Tuesdec drawing for the Eclectic Micks blog. Go look.

Yeah, there won't be any post for a few days as i'm off to this year's 2D Festival tomorrow to do some workshops ahead of the main day itself.

For those not in the know, 2D is a completely free event offering free admission to workshops and panels about comics and an open day with a host of comic book creator talent. I can't recommend it enough; and it's free dammit; FREE! Guests this year include seasoned pros like Bryan Talbot, David Lloyd, Liam Sharp, Glen Fabry and Will Simpson, along with some of the UKs best talent like Andie Tong, D'isreali, PJ Holden and Rufus Dayglo. Of course, The South will be well represented by Nick Roche, myself, Stephen Mooney and Will Sliney, who appears hot off the heels of his new Farscape series. Us Micks will actually have a panel of our own on Friday night; Homegrown Heroes at 8pm in Sandinos bar. Do come, and see how anything i have to say will be drowned out by all the other dicks. I mean.... Micks.

For lots more info, be sure to visit the 2D website here.

Hope to see ye all there.