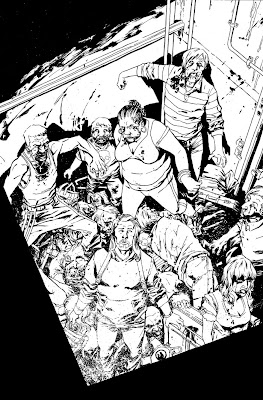 The second of my monthly interviews with David O' Leary from Comic Related has just gone online; this one about 28 Days Later #2 . Check it out here. 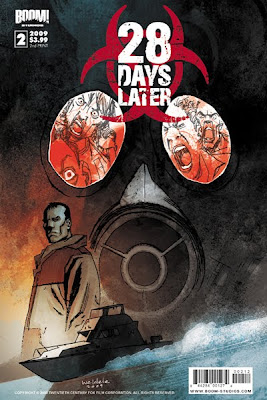 The above is the second printing variant by Brett Weldele (THE SURROGATES). Keep an eye out. 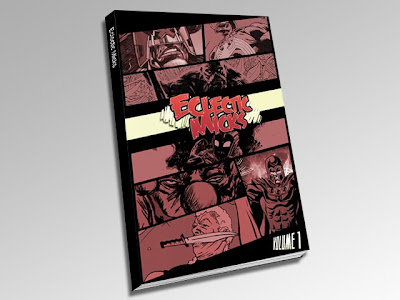 I'm happy to report the Eclectic Micks sketchbook is on it's way.

Ages back at one of the Dublin cons, the idea was suggested that all us Irish lads working in comics should organize and put together a group sketchbook, since there was a decent group of us. Plans were made and of course, they fell by the wayside. Everyone was busy, and yet-another-project was a tough thing to add to an already busy plate for all. However, a few months ago we managed to organize ourselves into running a group blog, the Eclectic Micks blog, where we all contributed a sketch a week. Because of that output, we now have the material for the sketchbook we were originally planning on.

So, i'm delighted to say we've now compiled a 120 page sketchbook to be released in time for the British International Comics Show in October. Hopefully, then we'll organize an Irish launch soon after. Then, maybe be able to sell it online. I personally would love it if we had such a sketchbook every year, compiling the best of the material from the blog.

So, keep checking in here and on the Micks blog for news on the sketchbook. I personally can't wait to get my hands on a copy. 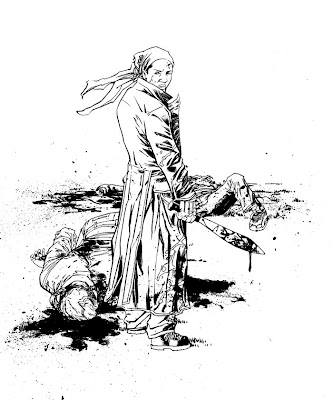 An interview i did with David O' Leary from Comic Related about 28 Days Later #1 has just gone online. It's the first of a series of interviews; the plan being to do one for each issue of the series. Check it out here.
Posted by Declan Shalvey at 3:06 PM 1 comment:

Just saw a big preview for 28 Days Later #2 just went online on Comic Book Resources. The issue is out next week. Didn't realize it would be out so soon. Check it out. First 3 pages below... 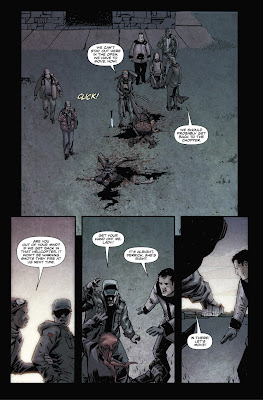 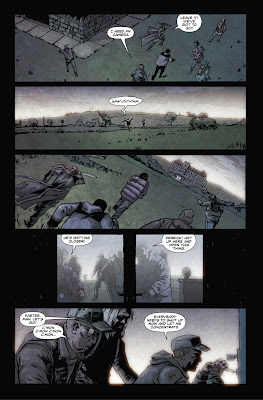 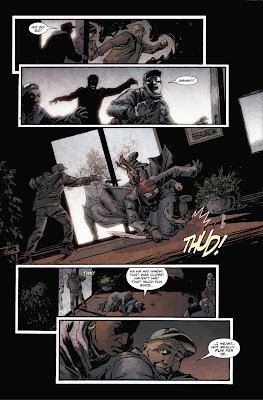 Posted by Declan Shalvey at 1:29 AM 5 comments: 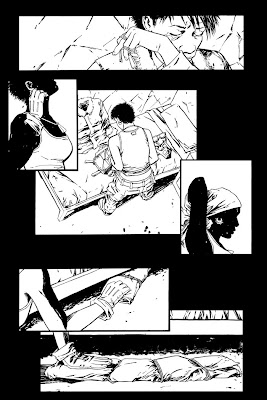 I haven't been regularly posting of late. Apologies. Felt like the blog could do with a bit of a re-vamp so i changed the layout. Had been using the same one for about 3 years, so it was due a change.

Anyway, since #1 of 28 Days Later is out, i guess i can show any pages i want now, so here's page 9. I'm still pretty happy with this one. There was no dialogue of any kind in this page so there was more pressure on me to tell the story in pictures alone. That's always the aim mind; that you can follow the story by just looking at the art, but it's fairly uncommon for a writer to leave the storytelling of a page to an artist and not feel like dialogue is needed to support it. Since there was more attention to the art, i tried to make the panel layout a bit more interesting.

Also, my good friend (and fellow Eclectic Mick) Will Sliney has a comic written by Dave Hendrick in the Zuda Comics competition this month called The Symptoms. Check it out and give it your vote won't ya?
Dec.
Posted by Declan Shalvey at 1:35 PM 1 comment: 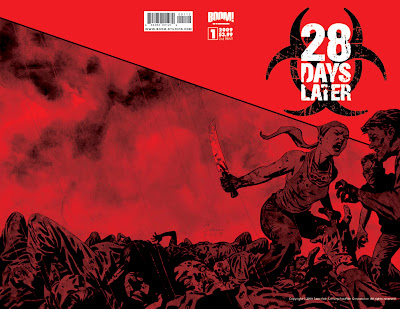 Thought I should show the cover to the second printing of #1. It's a "Blood Red" version of Sean Phillips' wraparound cover. Me likey. Should be out in early October.