Solicitations for Marvel's April schedule were released today and I was all over them. First and foremost are 2 issues of VENOM, along with covers by yours truly!

From issue 33 I'm getting to illustrate the covers to my Venom issues covers along with Jordie. starting with the one below.... 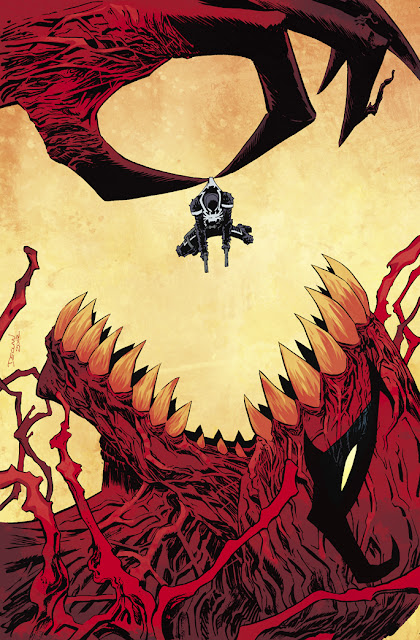 Cover for issue 34 isn't finished yet, but I'm sure it will be online soon. Otherwise, Jordie and I also did this WINTER SOLDIER cover for Jason Latour and Nic Klein's run on the series. In case I haven't said previously, you HAVE to pick up this series. It's fantastic stuff. 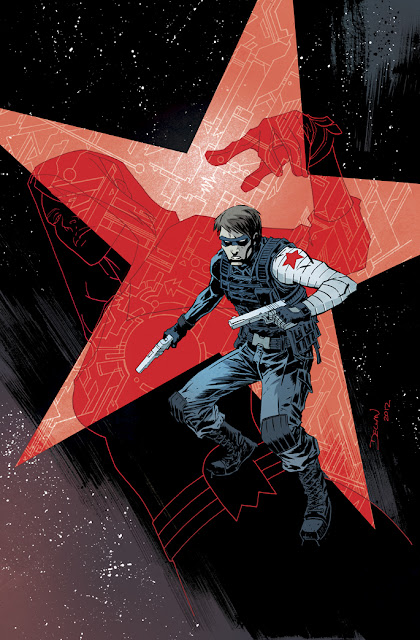 WINTER SOLDIER #17
JASON LATOUR (W) NIC KLEIN (A)
Cover by DECLAN SHALVEY
Variant cover by CHRIS BRUNNER
• Writer Jason Latour (Loose Ends, Wolverine) and artist Nic Klein (Dancer, Viking, Doc Savage) begin the third explosive chapter of THE WINTER SOLDIER'S newest deadly mission.
• S.H.I.E.L.D. is crippled, the world is on it's knees and the only thing that stands in the way of THE ELECTRIC GHOST'S devastating master plan is Bucky Barnes!
• But how can Bucky act when the cost of winning this battle may just be the loss of his own future?
32 PGS./Rated T+ ...$2.99

This cover took a lot of work; I think I'll do a process-post on it closer to the print date.

So, there's plenty of Shalvey content to pick up in April. Actually, there's more, but I'll wait til next week to talk about that...

You and Jordie make a good team. The covers are excellent. Well done on the everything:)