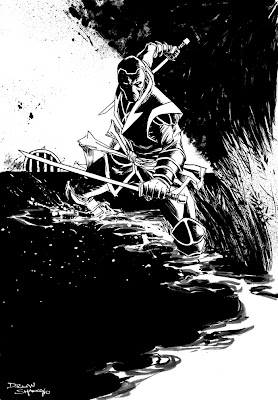 This is awesome! I especially love the composition!

Its a Walkoff!! Great Pic Dec

Heh... Walk-off. Wish i'd remembered that.

Shitting heck, Tucker. I clicked on the link thinking it was going to be Frank Miller's Ronin. Or, we live in hope, Red Ronin. Ah well.

I think you've trumped your Thor offering here, Dec. I agree 100% with Laura on the composition, and I must say the drawing is anything but shoddy. It's terrific.

Sigh. I love this. Composition, execution, draftsmanship... all tippety-top.

Part of me is annoyed that i'm not as dedicated as you to doing these great extra-curricular pieces, but the rest of me is just so impressed that you're doing it so well.

Thanks to you too Moondog for the in-depth analysis. Glad you think i'm doing a good job at these things. The whole point is to show off i quess, and at least i'm not showing off crappy drawings, in your view