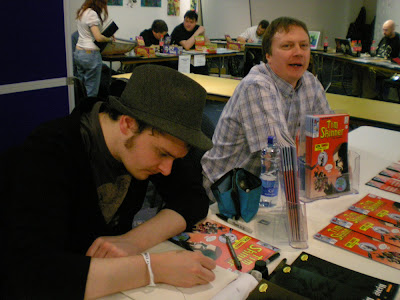 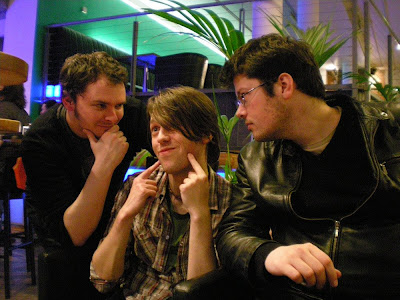 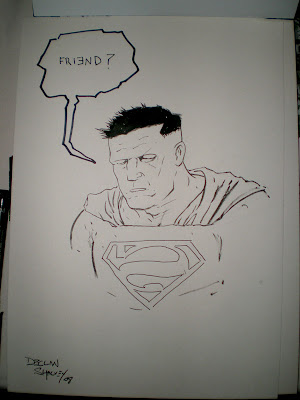 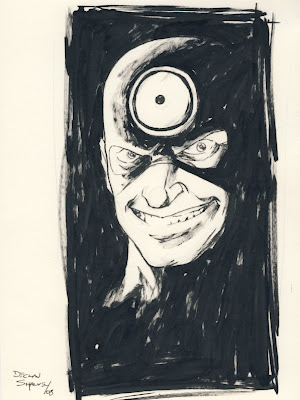 
Wowzers all the Tim Skinners sold out? That's very impressive man. Was Big Jim there?

I like the hat! Good report Dec. I'm still tired.

Kevin Mc Namara said...
This comment has been removed by the author.
2:01 PM

First off thanks for the sketch and sorry to have rushed ya! had to catch a train. Hero Killers is a great little book man, i actually really enjoyed that one and it was cool seeing the sketch book stuff at the back, nice! It was also cool to see Zombie Rotweiller in Tim Skinner which was really really good man, that book is fantastic, really is! Nice colours! Magistrate Gruge was a great bit! and top trumps on Frankenstein that book is very impressive! best of luck with sweeney todd the pages at the con looks like your on form and on the right track!

Good times, I saw the Thor sketch you did posted on Millarworld.

I hope all those Christopher Walken sketches turn up online eventually, particularly the one Adi Granov did of Emma Frost.

If bein' their pervy uncle got me anywhere near that Rachel Stevens, i'd do it! Thanks Jamie!

Mooney, i share your pain. Or more accurately, your exhaustion.

John, yeah i saw the first sketch of the day (and my least favourite) made it on Millarworld. Cringe. All the Walkens are up there now too.

Hey Kev, no worries. Glad you spotted all the Hero Killer cameos in Tim Skinner. That makes one. Thanks for all the comments too; makes it all worthwhile.

The hats awesome. (Just leave it Mooney.) I wish it was the forties again and everyone wore hats.

Sorry I missed the con but I got Craig to get me a copy of Skinner which he hasn't given to me yet. Or my sketch from ages ago. I hate him.

Don't worry Liam, we ALL hate Craig. hope you like Skinner when you read it.