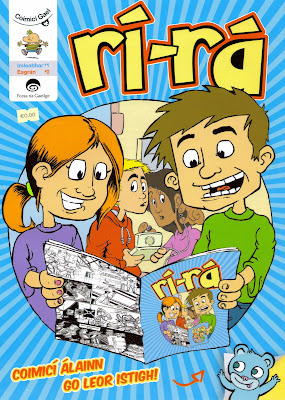 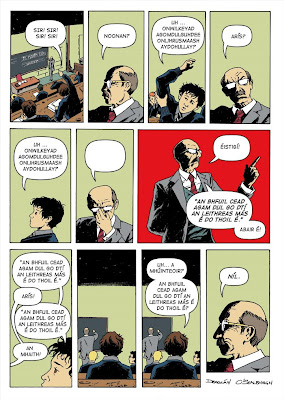 Anonymous said...
This comment has been removed by a blog administrator.
2:48 AM

Hello,
looks great but i REALLY can't understand a single world, i guess that hask for a translation is too much...
see you soon
erika

Really great to see someone taking the plunge in trying to make the European model the norm here.
Also great to see they came out all guns blazing with the likes of Bob and yourself having stuff in it.
Anyway,I`ll pick one up at the Dublin thing after I throw some some rocks at you...

looking forward to the con? its gunna be a good one and only around the corner from me, should be fun! nice work btw as usual!

Luke, rocks are free. So id that comic. Throw the comic at me; it'll hurt less.

Hey Kev, yeah really looking forward to the con. You live just around the corner from the con? HEY EVERYBODY: HOUSE PARTY AT KEV'S PLACE!!!

Cheers Dec for showing it on your blog. If anyone wants a copy, forgot to mention this to Dec and they can't make it to the Con, I can post them a copy free no bother. So if you are at all curious to see what we've put together you can email me at coimicigael@yahoo.ie with your name and address and I will pop one or two in the post for you. Glad you like the idea. It's about the only way we can get a little regular comic going on this island fingers crossed it will be out six times a year with 50 pages an issue. This eight page sample is just to show people we can do it.

oh yeah def, sure ya forgot to mention i'll have smoke machines, strope lighting...oh yes its strope! and several Twi'lek will be dancing on poles! copious ammounts of cocktail sausages

Wow, that was great, it was in irish and I understood it. Not only that I could also relate to it.

em, what's that scribbled into the desk? :)